if you missed the previous episode

Submerged: Hidden Depths is the direct suite of Submerged released in 2015 and also developed by Uppercut Games . We learned in this one that the world had been drowned when the oceans raised and that a strange entity nicknamed the mass appeared. The mass absorbed living species, leaving behind only without soul copies. During the first game, a girl named Miku went to one of the submerged cities to find a cure capable of treating his brother Taku. But Miku was touched by the mass which, rather than killing it, left him a strange mark on the right arm. Convinced that this brand can help the world, Miku and a Taku now healed roamed the engulfed land, looking for a new home.

an interest in question

This preview started that Miku and Taku joined a ruin in the center of what seems to be the open world of the game. The game then guided us on what seems to be the main activity of the title: Explore the ruins to find a "seed. And bring this one to a place where it can be placed in the mass, which seems to calm it and give it a more flowery appearance. Why not. That said, this first ruin is not very exciting to go. The game does not escape the trend of filling with collecting things, but the construction of this ruin is too linear for it to be interesting. All or almost is on our way.

I must say that if this overview was limited to the exploration of this first place, I would have had big fears for the interest of the game. Fortunately for me, the chance of the exploration of the open world me leads to a second ruin, much larger than the first. It is mostly divided into several areas in which it is necessary to trim the seed towards the mass located at the top of the ruin, which decreases this feeling of following a corridor. I can only hope that the other places will have a structure closer to this second ruin rather than the first.

I can not say that I am convinced by this first contact with Submerged: Hidden Depths. Two points in particular leave me a little skeptical. The first concerns the strange shift between the fact that the game is obviously an walking-sim in its gameplay and a construction of the levels that seems to lorgate towards the Light platform. Our heroes will regularly climb, balance on a wooden board, cross a hole by jumping from pilotis but... without the player doing another action than keeping his stick forward. All these moves are automatic and I felt a little frustration not being able to jump "myself. » 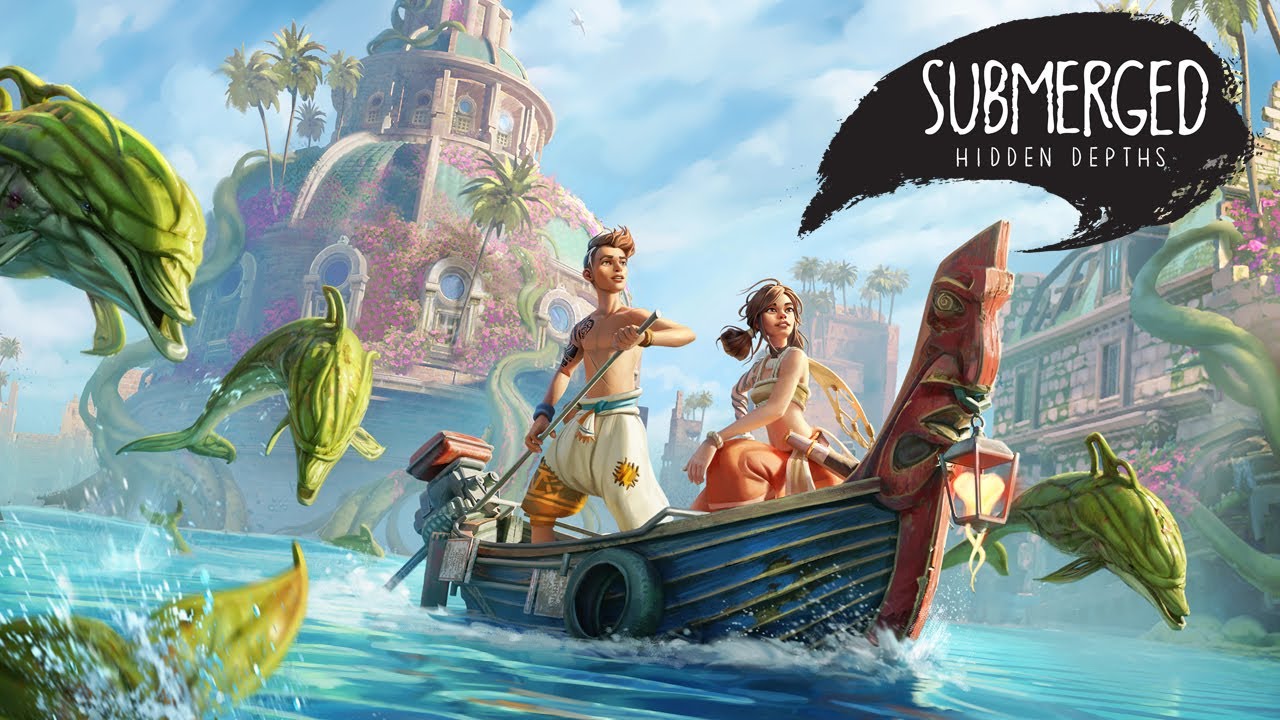 The other point on which I am not convinced is the narration. I said above, there are regularly collectible objects, including newspapers generally placed near the copies of humans affected by the mass. While we would expect to be able to learn more about the last moments of their authors, it's nothing. We must actually collect all the newspapers from a place to have a brief comment on the past of the world. Not sure that's enough to immerse yourself in the game.

Difficult to really project themselves on the future potential of the game. The ambition to make a serene exploration game seems held, but will not be too serene, precisely. It will also be kept in memory that the first submerged lasted only for more than two hours. This one seems a little longer, but I cross my fingers so that it can provide interest on length. We will have the answer very quickly since the game will arrive at the port on March 10th.

Aperçoise made on PC by Grim from a version provided by the developer.