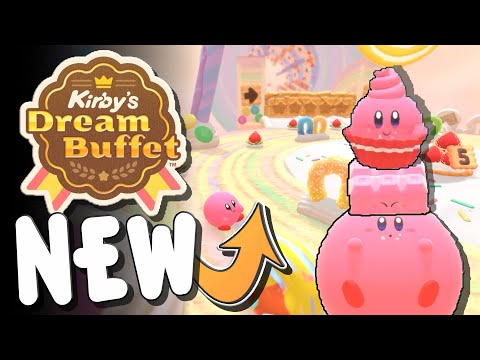 Four players will feed their Kirbys candy, and the fattest one will win in the final showdown. In 2022, a new adventure about the pink glutton Kirby and the Forgotten Land has already been released, for the first time in a three-dimensional format. The multiplayer game Kirby's Dream Buffet will also be in 3D; in it, four players will run around a buffet of sweets for four rounds, eating as much as possible. This is preparation for the final battle, where a fruit duel will take place on a floating platform.